The Effects of Lead Ammunition on Human
Health

The European Commission Regulation (EC) 1881/2006 sets forth maximum levels for certain contaminants in foodstuffs to keep them at levels which are apparently toxicologically acceptable. The Regulation has established the maximum permitted level of 0.1 mg/kg which applies to lead in meat from cattle, sheep, pigs, and poultry that are offered for sale.  However, no maximum level for lead has been established for game meat.

In its latest risk assessment on lead in food, European Food Safety Agency (EFSA) assessed that, in the worst-case scenario, Europeans who consume a “large amount of game meat” are those who generally eat 200 grammes per week, and thus 10.40 kg per year. However, studies have proved that the average daily doses for lead ingestion for adults or children in the European Union average population and for adults and children are all below the EFSA values.

Moreover, the intake of lead caused by the ingestion of game meat has very low toxic effects on human health. In game meat shot with lead ammunition, lead fragments are concentrated in areas that are regularly removed by all hunters in Europe through well-known practices of butchering and wound cleaning.

Additionally, even if fine lead fragments are accidentally ingested, they cannot be absorbed directly by the human body in their metallic form. Only a very small part, converted to ionic form, can be absorbed, but the risk of increased toxicity is very low and below the limits defined by the European Food Safety Authority. Lead blood levels increase only when the game meat is marinated before cooking, as acidic marination increases the bioavailability of orally ingested lead.

Several national food safety agencies in Europe have issued risk management guidance/advice, recommending also that children as well as pregnant and nursing women limit their consumption of game meat shot with lead ammunition, but none of those institutes have suggested national prohibitions on the use of lead ammunition.

Lead in game meat and implications for human health 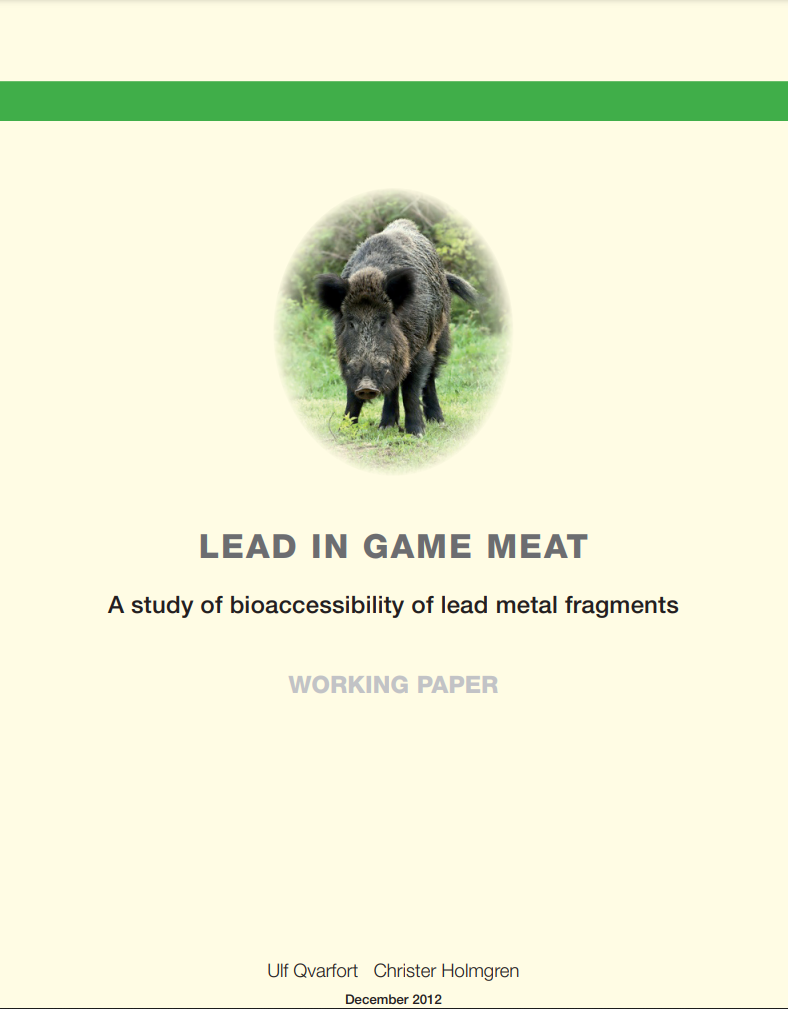 The presence of metal lead fragments in the tissue around the wound channel can be observed in animals killed with lead-based bullets. These parts are normally discarded as food bu

Intake of Lead from Game Meat – A Risk to Consumers’ Health?

Game meat may contain variable amounts of lead in the form of fine metallic residues originating from hunting ammunition. This study investigates the effect of frequent game meat c 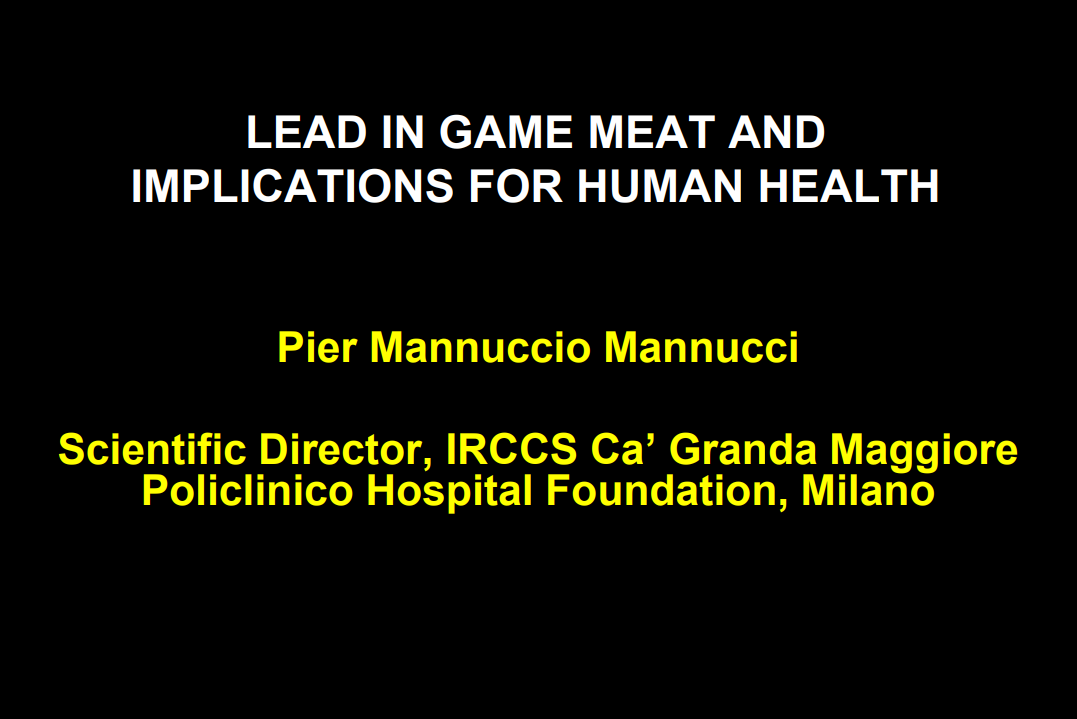 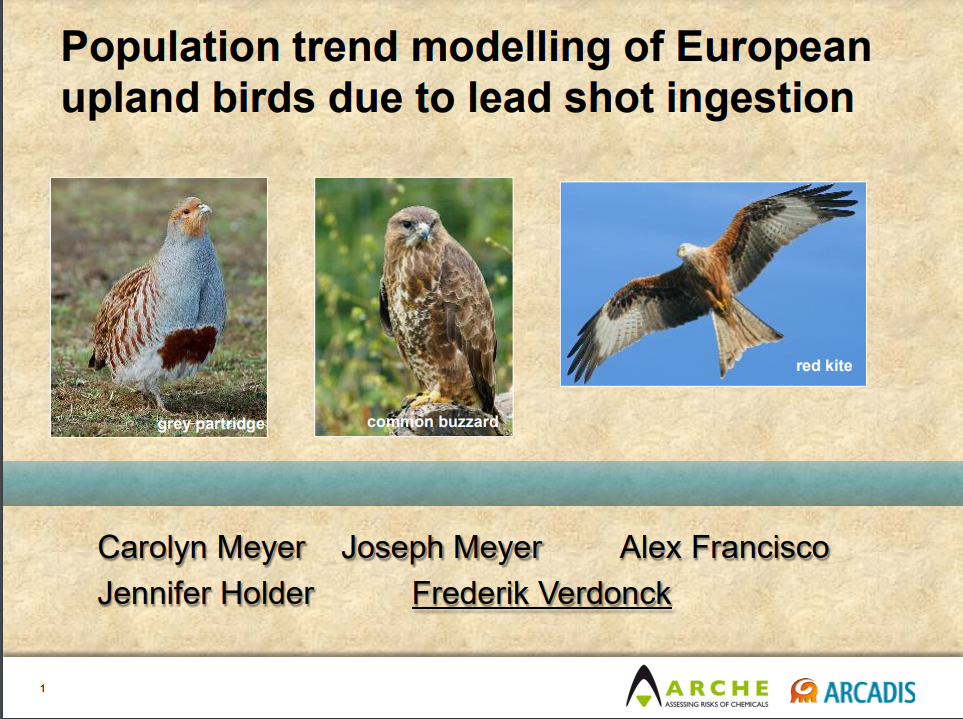 This research aims at improving protection of human health and the environment from chemical risks and demonstrate safe use of lead in ammunition for workers, consumers. Environmen 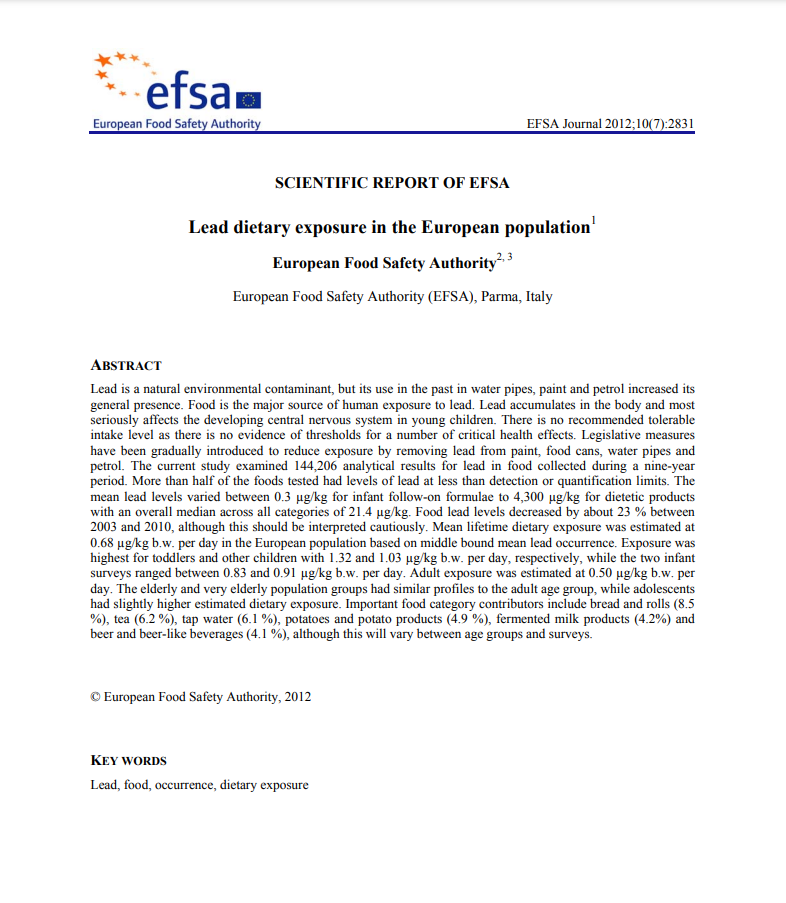 Lead is a natural environmental contaminant, but its use in the past in water pipes, paint and petrol increased its general presence. Food is the major source of human exposure to 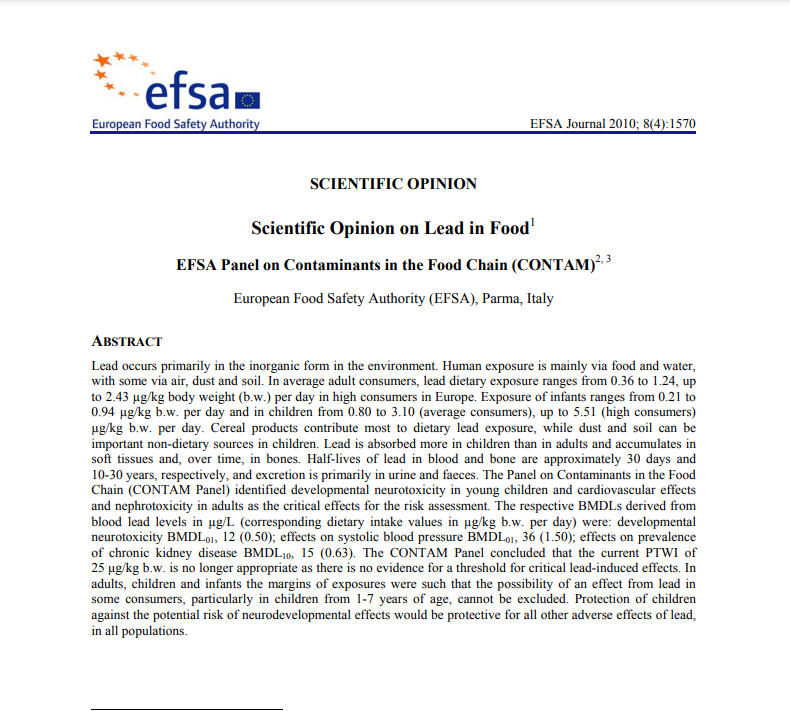 Lead occurs primarily in the inorganic form in the environment. Human exposure is mainly via food and water, with some via air, dust and soil. The current study examined lead dieta

More
We use cookies on our website to give you the most relevant experience by remembering your preferences and repeat visits. By clicking “Accept All”, you consent to the use of ALL the cookies. However, you may visit "Cookie Settings" to provide a controlled consent.
Read MoreAccept All
Manage consent

This website uses cookies to improve your experience while you navigate through the website. Out of these, the cookies that are categorized as necessary are stored on your browser as they are essential for the working of basic functionalities of the website. We also use third-party cookies that help us analyze and understand how you use this website. These cookies will be stored in your browser only with your consent. You also have the option to opt-out of these cookies. But opting out of some of these cookies may affect your browsing experience.
Necessary Always Enabled
Necessary cookies are absolutely essential for the website to function properly. These cookies ensure basic functionalities and security features of the website, anonymously.
Functional
Functional cookies help to perform certain functionalities like sharing the content of the website on social media platforms, collect feedbacks, and other third-party features.
Performance
Performance cookies are used to understand and analyze the key performance indexes of the website which helps in delivering a better user experience for the visitors.
Analytics
Analytical cookies are used to understand how visitors interact with the website. These cookies help provide information on metrics the number of visitors, bounce rate, traffic source, etc.
Advertisement
Advertisement cookies are used to provide visitors with relevant ads and marketing campaigns. These cookies track visitors across websites and collect information to provide customized ads.
Others
Other uncategorized cookies are those that are being analyzed and have not been classified into a category as yet.
SAVE & ACCEPT